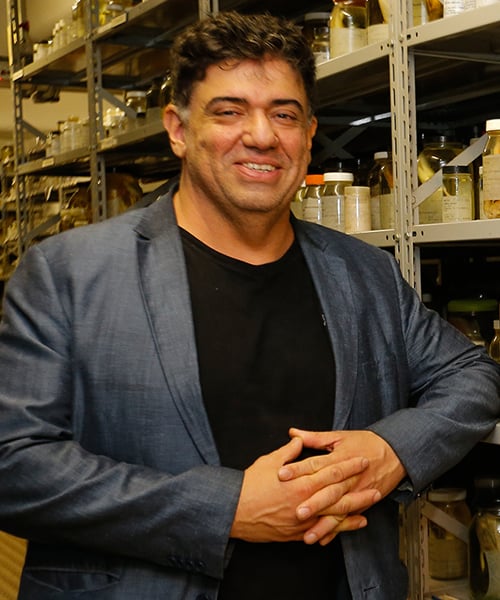 He holds an undergraduate degree in Biological Sciences from the Universidade Federal do Rio de Janeiro (1988), a doctoral degree in Evolutionary Biology from the City University of New York/American Museum of Natural History (1993) and a Habilitation (Livre-Docência) from the Universidade de São Paulo. He is currently a full professor at the Museu de Zoologia da Universidade de São Paulo. He works in the area of Zoology, with emphasis on ichthyology (Taxonomy of Recent Groups), mainly in the systematic and phylogeny of Siluriform and Clupeiformes. He also works in theoretical systematics and in the theory of evolution’s disclosure. He is an Associate Researcher at the American Museum of Natural History (New York) and the Smithsonian Institution (Washington DC). Between July 2014 and July 2015, he was Visiting Professor and Researcher at the Muséum National d’Histoire Naturelle, Paris. He also acts as Associate Editor of the Zoological Journal of the Linnean Society, the Papéis Avulsos de Zoologia, the Editorial Committee of the International Journal of Ichthyology, and the Brazilian Journal of Zoology.